Girls' Generation Scanlations first opened its doors on April 2012 and flourished as a scanlation group that catered to your dirty desires by releasing yaoi/BL/shounen-ai and shoujo genre type manga. We went through at a hiatus around 2016 but have now returned in April 2020 under a new name - Good Girls Scan BL.


We aim to scan BL and only plan to work on ~5 projects at a time. If you're interested in joining us we're always looking for a Japanese to English translator and cleaners. 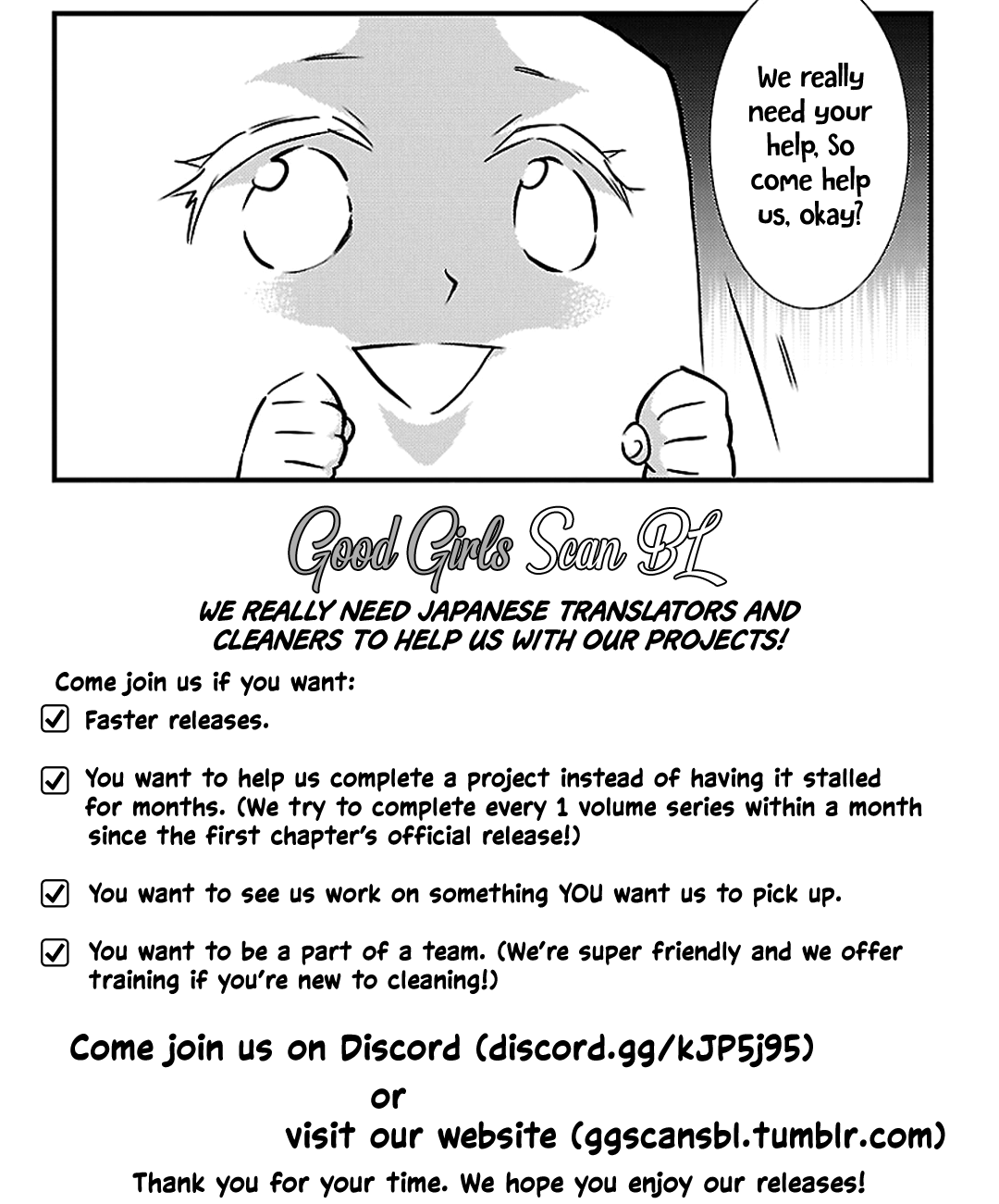 Info: These settings are temporary. Please make an account to remember these permanently.